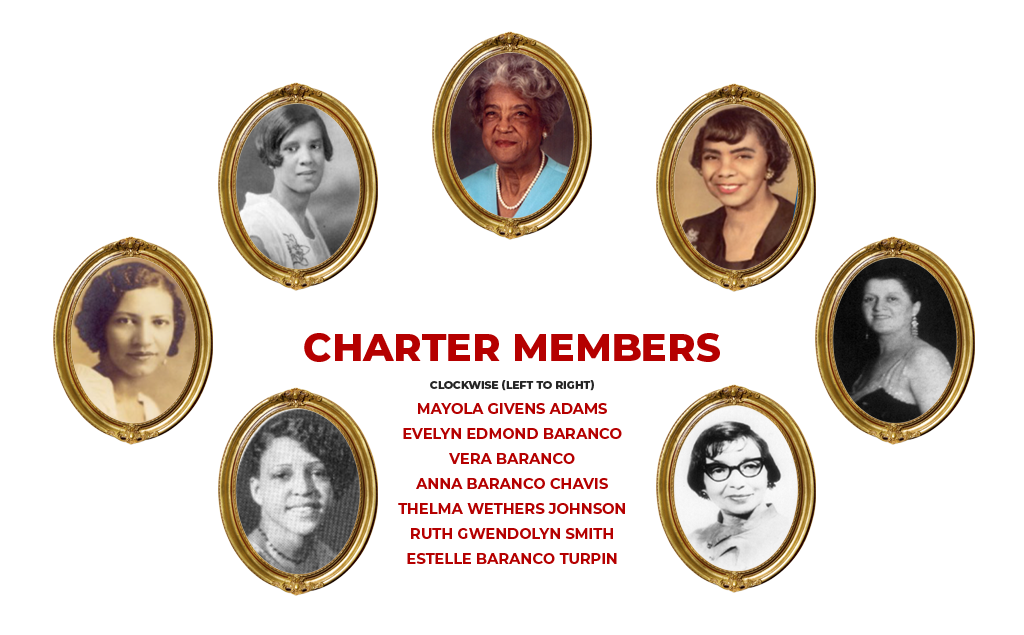 The Baton Rouge Delta Alumnae Chapter of Delta Sigma Theta Sorority, Inc. was established as the Upsilon Sigma Chapter on November 21, 1931. The initial meeting was held at the home of Mrs. Anna Baranco Chavis. Mrs. Chavis was a member of the Alpha Beta Chapter of Delta Sigma Theta at Fisk University and desired to continue her Sorority activities. Thus, she began discussing the possibilities of getting together enough sorors to start a graduate chapter in Baton Rouge, Louisiana. Through Mrs. Chavis’ efforts, Upsilon Sigma was chartered by the following ladies:

Upsilon Sigma was the first chapter of the Sorority to be organized in the state of Louisiana. During the National Convention held in Detroit, Michigan in December 1956, a revision of the nomenclature for graduate chapters was put into effect. Graduate chapters thereby became named according to their geographic area of service, and Upsilon Sigma became Baton Rouge Delta Alumnae.

Many poignant and prominent moments distinguish the history of Baton Rouge Delta Alumnae. In 1965, Chapter President Hazel J. Freeman acquired Soror Barbara Jordan as the keynote speaker at the Chapters Public Meeting. Jordan later became a member of the U.S. Congress and first African American female to run for a major party’s presidential nomination. Later in 1965, the chapter submitted the first Head Start proposal to the CAP Agency. The Parish received funds for the program and the proposal was used as a model for Head Start programs throughout Louisiana and Mississippi.